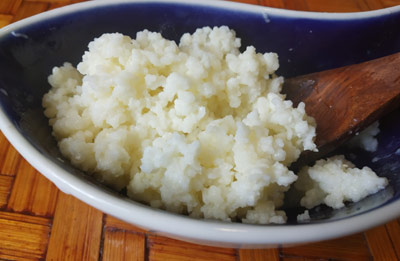 Over the last decades, a profound change has been observed in the healthcare industry, specifically on mental health. It is no secret that scientists all over have seconded or disputed foundational theories on mental health and its management. Among the new contenders in the ring is the role kefir and the human digestive system, more so the gut, plays in overall mental health and wellness.

Anxiety and depression and among the common mental health disorders suffered by a huge populace. Over the years, the causes have been brought to light in detail, however, in the treatment and/or management is where the main issues lie. Being an ancient problem to begin with, the best ways to deal with anxiety and depression range from diet and nutrition changes to contemporary medicinal drugs.

The gut-brain correlation has been proven over the role hormones play and subsequently autonomous neuron stimulation. These two aspects are clear examples of the simple fact that the mere smell of roasting meat is enough to make your stomach growl. Or better still, the mere sight of food makes your mouth produce more saliva in anticipation of a feat.

The gut is a whole organ system made up of cells that have a direct link to the central nervous system and thus a highway to the brain. It thus goes without saying that a healthier gut means a healthy brain and to an extent proper chemical signaling. A disruption of this chemical signaling is what presents itself as depression and anxiety.

Defense Against Anxiety and Depression

Two key chemicals released by the brain to combat anxiety and depressive episodes are dopamine and serotonin. Now these chemicals are in their final active form but do not originate from the brain itself, they are transported from the gut. The molecules that make up these two chemicals are found in food, both serotonin and dopamine hail from the amino acids’ tryptophan and phenylalanine respectively. Proteins are an excellent source of these amino acids, especially animal protein like milk.

In scientific research paper “Kefir and Intestinal Microbiota Modulation“, released by PubMED Central, the observation as follows – Kefir consumption was able to improve anxiety, decrease the severity of depression, and improve cognitive function throughout the treatment.

Kefir to the Rescue

Anxiety, in a research done, was successfully treated with kefir consumption and this also extended in the management of social anxiety. The production of serotonin lowers the risk of anxiety by switching how our brains comprehend new things or anticipate things. Additionally, low dopamine levels have been linked to the onset of depression and therefore supplementing with kefir will combat depressive behaviors.

It is no secret why kefir has been consumed for hundreds of years; its beneficial attributes seemingly endless with some of them only being rediscovered. The current research on kefir and its attributes ought to be extended further, don’t you think?

This content including advice provides generic information only. It is in no way a substitute for qualified medical opinion. Always consult a specialist or your own doctor for more information. Healyourgut.in does not claim any responsibility for this information.